Money Monster (2016)
Financial TV host Lee Gates and his producer Patty are put in an extreme situation when an irate investor takes over their studio. 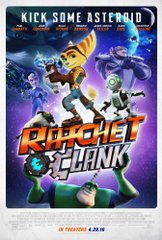 Ratchet & Clank (2016)
When the galaxy comes under the threat of a nefarious space captain, a mechanic and his newfound robot ally join an elite squad of combatants to save the universe.

A Monster with a Thousand Heads (2015)
When her insurance company refuses to approve the care her husband needs to survive, Sonia Bonet (Jan Raluy) takes things into her own hands. Up against an unyielding bureaucracy and disinterested workers, she is pushed to her breaking point: with her son in tow, she attempts to fight the system.

Disorder (2015)
Vincent (Matthias Schoenaerts), is an ex-soldier with PTSD who is hired to protect the wife and child of a wealthy Lebanese businessman while he's out of town. Despite the apparent tranquility on Maryland, Vincent perceives an external threat. 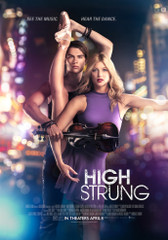 High Strung (2016)
When a hip hop violinist busking in the New York subway encounters a classical dancer on scholarship at the Manhattan Conservatory of the Arts, sparks fly. With the help of a hip hop dance crew they must find a common ground while preparing for a competition that could change their lives forever.

Julieta (2016)
After a casual encounter, a brokenhearted woman decides to confront her life and the most important events about her stranded daughter.

Love (2015)
Murphy is an American living in Paris who enters a highly sexually and emotionally charged relationship with the unstable Electra. Unaware of the effect it will have on their relationship, they invite their pretty neighbor into their bed.

Me Before You (2016)
A girl in a small town forms an unlikely bond with a recently-paralyzed man she's taking care of.

My King (2015)
Tony is admitted to a rehabilitation center after a serious skiing accident. Dependent of medical staff and painkillers, she takes the time to remember the tumultuous love story she lived with Georgio. 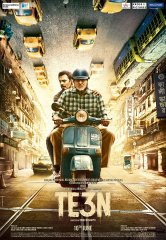 Te3n (2016)
A grandfather, police officer and a priest join hands to investigate and find a missing child.

The Duel (2016)
A Texas Ranger investigates a series of unexplained deaths in a town called Helena.

The Man Who Knew Infinity (2015)
The story of the life and academic career of the pioneer Indian mathematician, Srinivasa Ramanujan, and his friendship with his mentor, Professor G.H. Hardy. 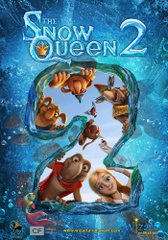 The Snow Queen 2 (2014)
Snow queen casts a curse on her mirror making people see the worst in themselves.

Where to Invade Next (2015)
To learn what the USA can learn from other nations, Michael Moore playfully "invades" them to see what they have to offer.