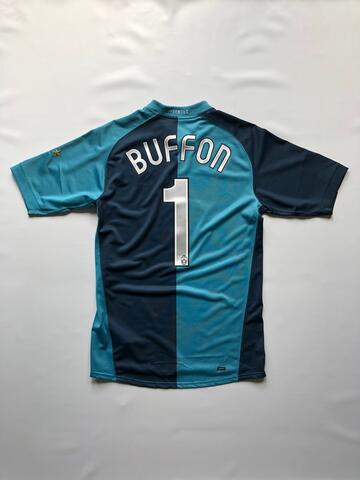 Goalkeeper shirt as worn when the side had been stripped of the Scudetto and demoted to Serie B following the Calciopoli scandal, they eased back into the top flight though winning the league and scoring 83 goals.
Buffon added to his reputation amongst the Bianconeri faithful as despite being among the best players in the World he decided to stay loyal to the cause and fight for promotion back to Serie A.
Features: Official player size print for legendary stopper Gigi Buffon #1
Conditon: Mint. Baru dipakai 1x, pas nonton final ucl lawan madrid.
-
@lowogoods