Comex gold futures prices ended the U.S. day session moderately lower and notched a fresh two-week low Monday. The key outside markets were bearish for the precious metals, as the U.S. dollar index was firmer and crude oil prices were weaker. June gold last traded down $10.00 at $1,632.80 an ounce. Spot gold was last quoted down $10.10 an ounce at $1,632.75. May Comex silver last traded down $1.036 at $30.615 an ounce.

It was a risk off trading day in the market place Monday, as the European Union is again in focus. French elections on Sunday showed President Sarkozy with a second- place finish behind a leftist party candidate. Most believe a more liberal leadership in France would find that country backing off on its commitments to resolve the EU debt crisis. There was also worry about the Netherlands commitment to solidarity regarding getting the EU debt crisis under control. And there was also very weak economic data coming out of the EU Monday that suggests the EU is mired in a recession. Meantime, the U.S. had its own stock market worries as Wal Mart is accused of major bribery in Mexico. All of this make for a skittish market place Monday, which was bearish for not only the stock markets but also most raw commodity markets, including the precious metals.

The U.S. dollar index was higher Monday but trading remains choppy. The greenback bulls and bears are struggling for near-term technical control, with neither having much success. Crude oil futures prices were lower Monday, as price action has also been choppy on the charts. Crude oil bulls and bears are presently on a near-term level technical playing field. These two key outside markets were in a bearish daily posture for the precious metals Monday.

There were no major U.S. economic data due for release Monday. However, the data pace picks up speed Tuesday as the Federal Open Market Committee of the Federal Reserve meets to discuss monetary policy. The meeting concludes early Wednesday afternoon with a statement from the FOMC. That statement could be the most important U.S. economic reading of the week for the precious metals markets.

Technically, June gold futures prices closed near mid-range Monday and hit a fresh two-week low. Gold bears have the overall near-term technical advantage. Prices are in a seven-week-old downtrend on the daily bar chart. The gold bulls next upside price breakout objective is to produce a close above solid technical resistance at the April high of $1,685.40. Bears' next near-term downside price objective is closing prices below technical support at the April low of $1,613.00. First resistance is seen at Mondays high of $1,644.20 and then at $1,650.00. First support is seen at Mondays low of $1,623.60 and then at $1,613.00. Wyckoff's Market Rating: 4.0.

May silver futures prices closed near the session low Monday, hit a fresh three-month low and saw a bearish downside breakout from a sideways and choppy trading range. The bears gained downside technical momentum Monday. The silver bears have the near-term technical advantage. Bulls next upside price breakout objective is closing prices above solid technical resistance at $32.58 an ounce. The next downside price breakout objective for the bears is closing prices below major psychological support at $30.00. First resistance is seen at $31.00 and then at $31.175. Next support is seen at Mondays low of $30.45 and then at $30.00. Wyckoff's Market Rating: 3.5.

May N.Y. copper closed down 710 points 362.70 cents Monday. Prices closed nearer the session low today. Copper was pressured by the risk off trading day in the market place, and the fact the key outside markets were bearisha weaker crude oil market and firmer U.S. dollar index. Copper bears have the near-term technical advantage. Copper bulls' next upside breakout objective is pushing and closing prices above solid technical resistance at 380.00 cents. The next downside price breakout objective for the bears is closing prices below solid technical support at 350.00 cents. First resistance is seen at 365.00 cents and then at 367.50 cents. First support is seen at 360.00 cents and then at last weeks low of 356.90 cents. Wyckoff's Market Rating: 4.0.
Follow me on Twitter! If you want daily, or nightly, up-to-the-second market analysis on gold and silver price action, then follow me on Twitter. It's free, too. My account is @jimwyckoff . 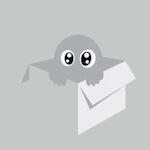 FRANKFURT (MarketWatch)  The dollar edged lower versus most major rivals on Tuesday, ahead of the start of a two-day policy meeting of the U.S. Federal Reserve, while the euro regained its footing as Dutch and other non-German European bonds bounced back from the previous days rout.

The ICE dollar index DXY -0.21% , which measures the greenback against a basket of six other currencies, traded at 79.292, down from 79.406 in late North American trading Monday.

The dollar had gained ground on Monday, with economic data and political developments raising more questions about Europes ability to tackle its debt problems.

The Netherlands successfully sold 2 billion euros ($2.6 billion) of 2- and 25-year bonds as investors awaited a speech by Dutch Prime Minister Mark Rutte to parliament later in the day that is expected to lay out the path to new elections a day after Ruttes government collapsed amid resistance to further austerity measures.

Ratings firm Moodys late Monday said the governments fall was credit-negative but made no change to its stable outlook on the countrys AAA rating.

Overall today, euro-zone political risks prevail, said Kathleen Brooks, research director at Forex.com. The markets are digesting what political disillusionment in Holland and France really means for the future of the euro zone. Holland had to sell debt today, which went off relatively OK.

Dutch bond yields jumped and the premium demanded by investors to hold Dutch debt over German bunds rose to its highest level in three years on Monday.

The yield on 10-year Dutch bonds declined Tuesday and the cost of insuring $10 million of Dutch debt against default using credit default swaps fell to $130,000 a year from $133,000 on Monday, according to data provider Markit.